Back to AQA Core Science Home

Waves can be refracted when they cross a boundary between two substances that have different densities. Refraction changes the speed of a wave, which can change the waves’ direction. Waves travel at different speeds through different substances. A wave will travel more slowly through a denser substance compared to a less dense substance. If a wave hits a boundary between two substances, the wave continues in the same direction. However, when a wave hits the denser substance on an angle, the waves change direction because of refraction. 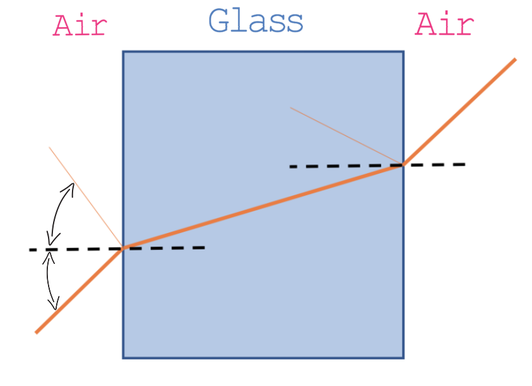 We can work out the angles of refraction by using Sneel’s law but this is not required for AQA Physics unit 1.