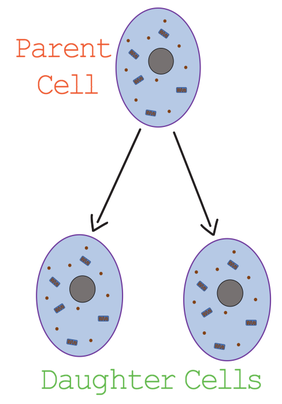 Mitosis is where a parent cell divides into two identical cells, which are known as daughter cells.
Cells multiple themselves for many reasons, such as growth, repair, cloning and asexual reproduction. There are two ways that cells can divide themselves; mitosis and meiosis. In this section, we are going to look at mitosis. A good example for mitosis is the copying of a fertilised egg. A fertilised egg is known a zygote.

Humans have 23 different chromosomes. Gametes (which are eggs and sperm) contain one of each of the 23 chromosomes. They are known as haploid cells because they have single set of unpaired chromosomes. A fertilised egg is a diploid cell because it has two sets of each chromosomes. It has one set from the sperm and another set from the egg. After an egg has been fertilised it will divide into two cells, then four, eight, sixteen etc. This dividing process will continue until the adult body contains millions of cells. The process is known as mitosis.

When a cell divides by mitosis, two cells with the same number and type of chromosomes of the original cell are formed. The mitosis process is responsible for multiplications of all cells in our body except sex cells (gametes; eggs and sperm). 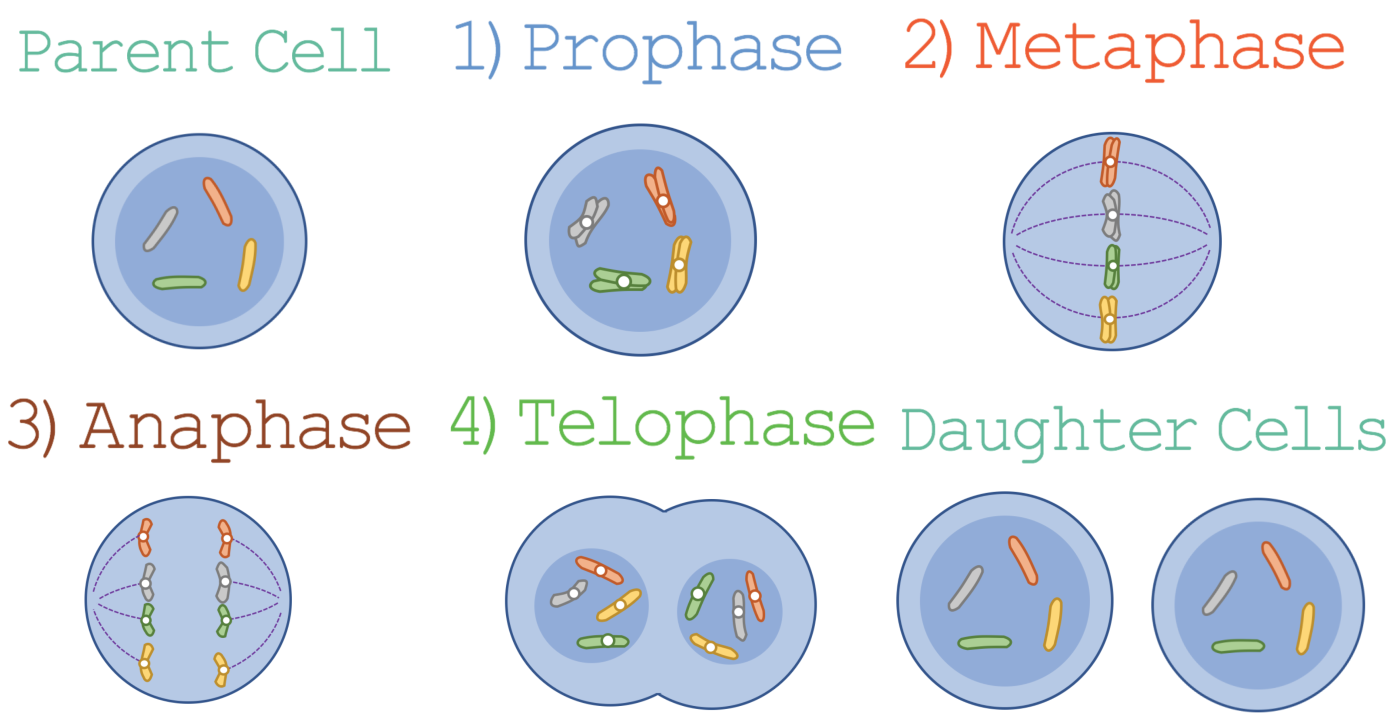 All of the stages of mitosis together
Frequency of Mitosis
In our bodies cells often need to be replaced and they are replaced through the process of mitosis. The frequency of mitosis depends on where the cells that we are concerned with are located. For example, when we touch something we lose thousands of cells that need to be replaced. The replacement is conducted by cells that are located underneath the surface constantly dividing. Cells in the gut and the spleen are also replaced by mitosis. This is because cells in the gut are scraped off by passing food and cells in the spleen are worn out by passing red blood cells.