Back to AQA CS Trilogy B1 Specimen (set 1) Home

6) In 2014 there was an outbreak of Ebola virus disease (EVD) in Africa.
At the time of the outbreak there were:
6.1) By March 2015 there were an estimated 9 850 deaths worldwide from EVD.
The number of deaths is an estimate.
Suggest why it is an estimate rather than an exact number. [1 mark]

After the outbreak began, drug companies started to develop drugs and vaccines for EVD.
A drug has to be thoroughly tested and trialled before it is licensed for use.
Testing, trialling and licensing new drugs usually takes several years.
​6.3) Draw one line from each word about drug testing to the definition of the word. [2 marks]

The number of deaths from EVD continued to increase.
The World Health Organization (WHO) decided it was ethical to use unlicensed drugs.
The WHO said unlicensed drugs could only be given to people who gave their permission.
Also, any results had to be shared with other researchers and drug companies.
Some vaccines had shown positive results in animal testing, but the vaccines had not been tested and trialled in humans.
The supplies of the vaccine were low.
At first the vaccines were only used for health workers.
6.5)How would the use of a vaccine reduce the spread of EVD? [2 marks]

6.6) Evaluate the use of unlicensed drugs and vaccines during the EVD outbreak.
​Give a conclusion. [6 marks] 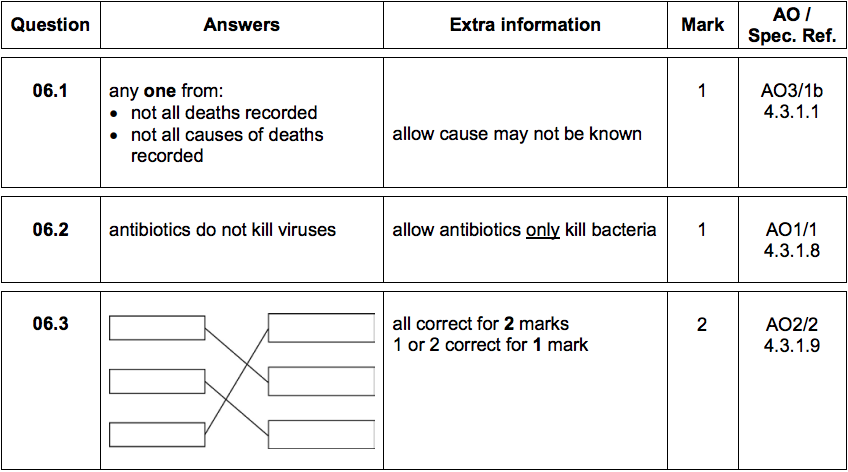 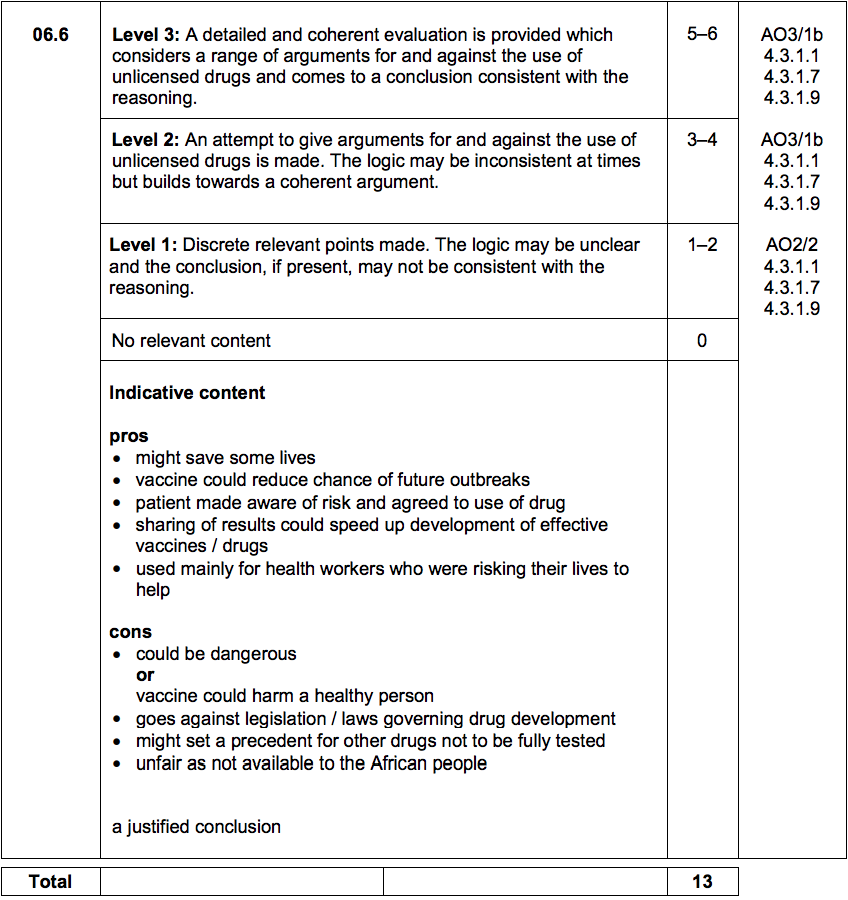