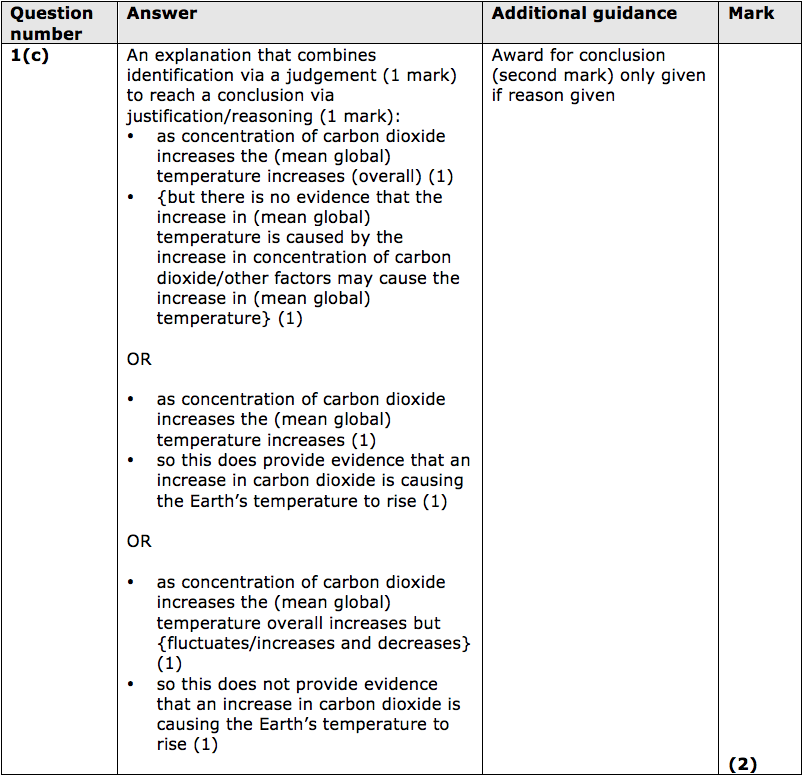 Questions
1) This question is about changes to the Earth’s atmosphere. (a) Which of the following is a correct statement about the relative amounts of carbon dioxide and oxygen in the Earth’s early atmosphere? (1)

​(c) The graphs in Figure 1 and Figure 2 show the concentration of carbon dioxide in the atmosphere and the mean global temperature between 1960 and 2000. 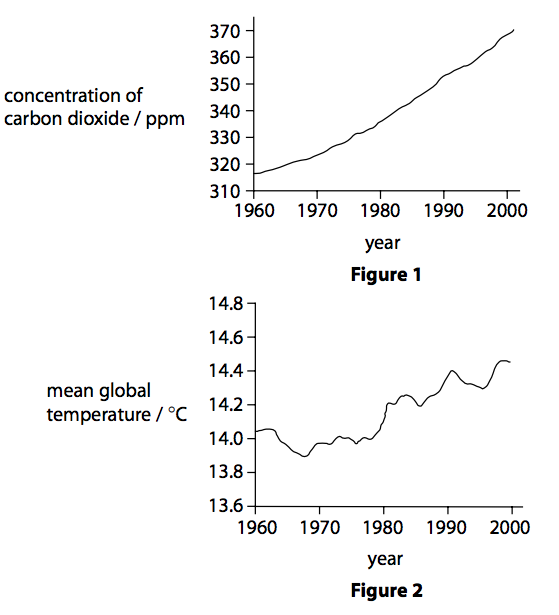 Explain whether these graphs provide evidence that an increase in carbon dioxide is causing the Earth’s temperature to rise. (2)

​(d) Which of these pairs of gases are both greenhouse gases? (1) 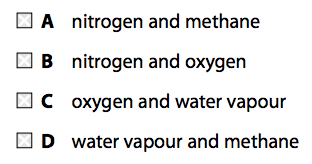 (Total for Question 1 = 6 marks)​
Back to Question