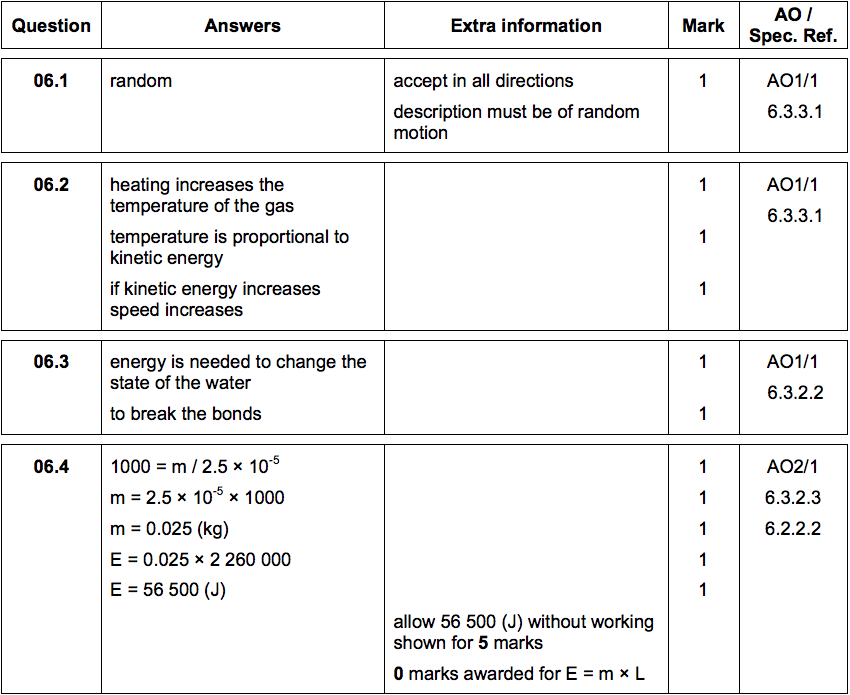 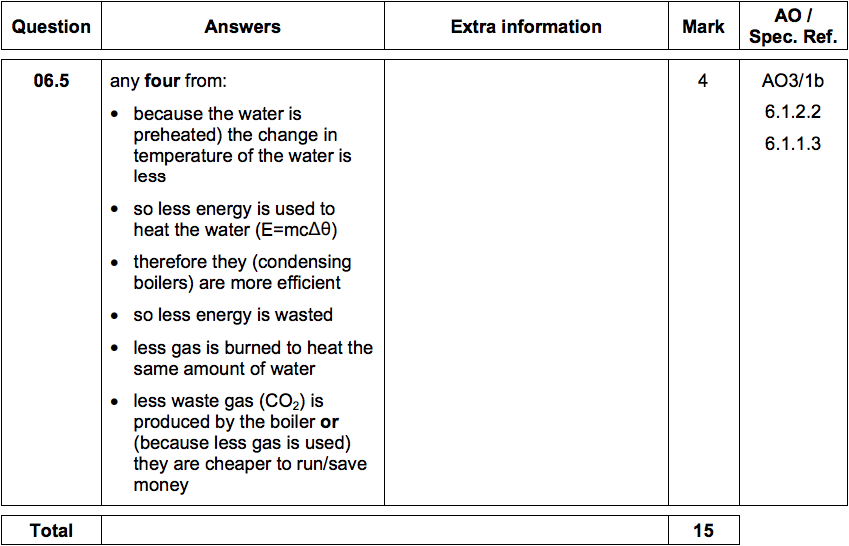 Questions
6) The particle model can be used to explain the properties of gases.

6.1)Describe the direction of motion of the particles in a gas [1 mark]

6.2) Explain why heating a gas increases the average speed of the gas particles. [3 marks]

Water vapour is a gas. Gases change state when they cool.
Figure 8 shows condensation on a cold bathroom mirror. 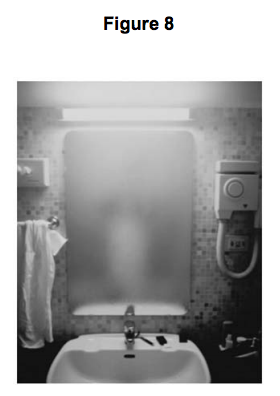