2) In 1929, the astronomer Edwin Hubble observed that the light from galaxies moving away from the Earth had longer wavelengths than expected.

2.2) From his observations, Hubble was able to calculate the speed of a galaxy and the distance of the galaxy from the Earth.
Figure 5 shows the results of Hubble’s calculations. 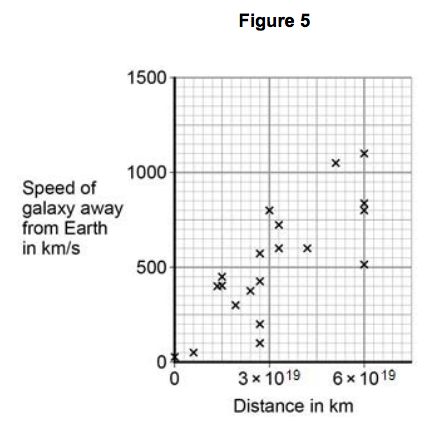 What relationship between the speed of a galaxy and the distance is suggested by Hubble’s results? [1 mark]

The observations made by Hubble support the idea that the Universe is expanding. This means that galaxies are continually moving away from each other and from the Earth.

Figure 6 shows a student using a balloon to model the idea of an expanding Universe.

​Some dots, which represent galaxies, were marked on the balloon. The balloon was then inflated. 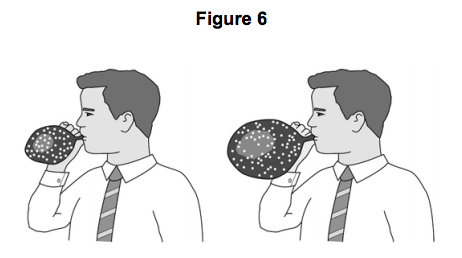 In the 1950s there were two main theories to explain how the Universe began.
2.4) In what way do the observations made by Hubble support both Theory 1 and Theory 2? [1 mark]

2.5) Most scientists now believe that Theory 2 is correct.
Suggest what is likely to have caused scientists to start thinking Theory 1 is wrong. [1 mark]