3) A student investigated how the magnification produced by a convex lens varies with the distance (d) between the object and the lens.
The student used the apparatus shown in Figure 7.

​The data recorded by the student is given in Table 1. 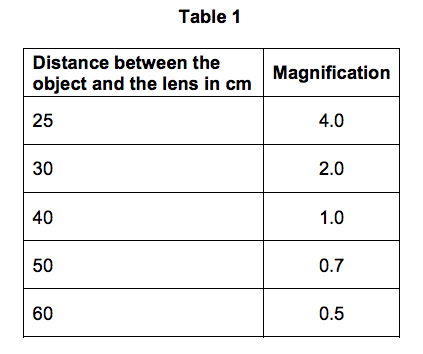 The graph in Figure 8 is incomplete. 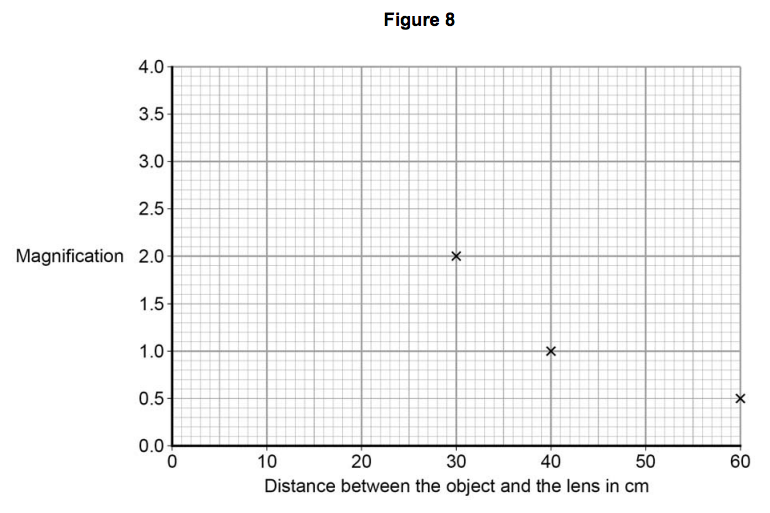 3.3) Complete the graph in Figure 8 by plotting the missing data and then drawing a line of best fit. [2 marks]

3.5) During the investigation the student also measured the distance between the lens and the image.
Table 2 gives both of the distances measured and the magnification.

Consider the data in Table 2.
Give a second way that the student could have determined the magnification of the object.
​Justify your answer with a calculation. [2 marks]

3.6) Complete the ray diagram in Figure 9 to show how the convex lens produces the image of a close object.
​Use an arrow to represent the image. [3 marks] 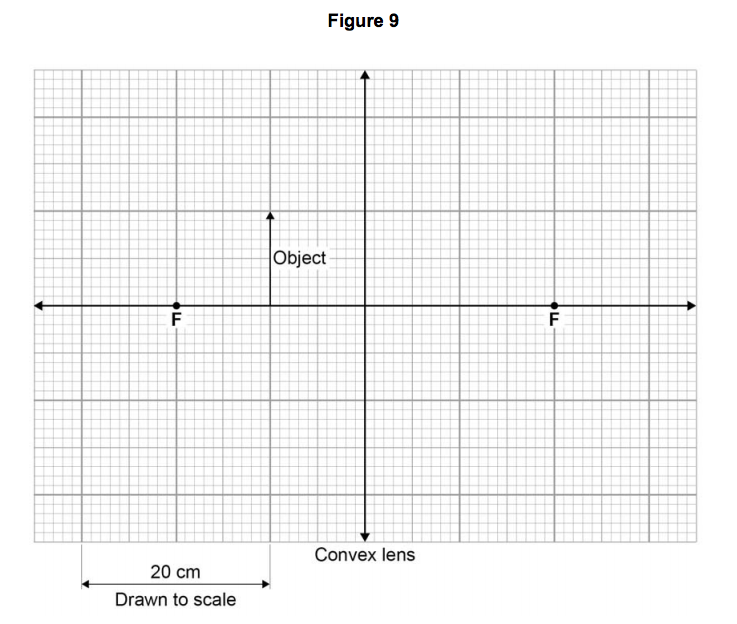