5) Diffusion, active transport and osmosis can be used to move substances into and out of cells.
(a) A student was investigating osmosis in potato cubes.
He used the following method: ​He plots his results on a graph shown in Figure 6. 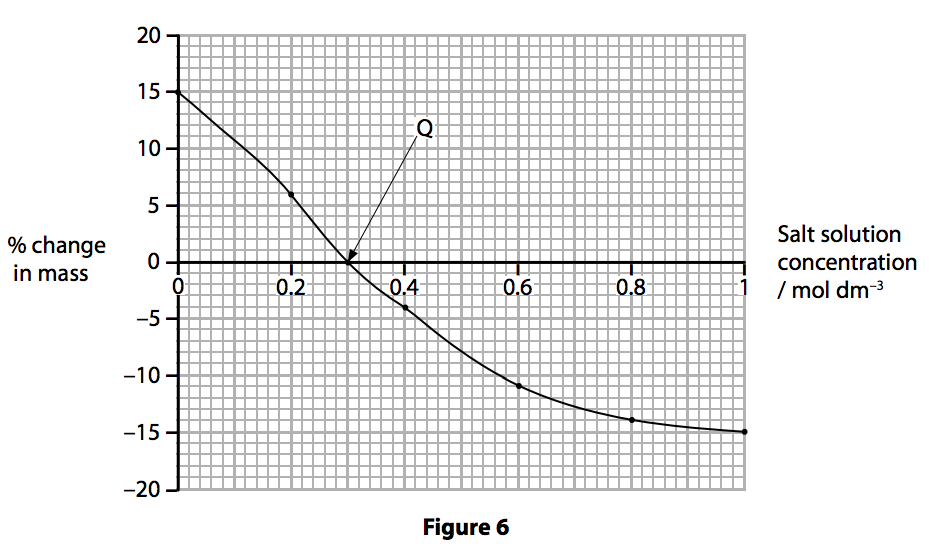 The method controls a number of variables.
(i) Name one other variable that needs to be controlled during the student’s investigation. (1)

(ii) Give a reason why the potato cube must be dried. (1)

(iii) Explain the conclusion that can be made about point Q on Figure 6. (2)

(iv) Give one way that the student could obtain more data to increase the accuracy of point Q. (1)

(b) Osmosis is one method that single-celled organisms, such as bacteria, use to obtain molecules from their environment.
​Which of the following is a correct description of a process involving the transport of molecules? (1)

(c) Figure 7 shows some Vibrio cholerae, the bacteria that cause cholera. 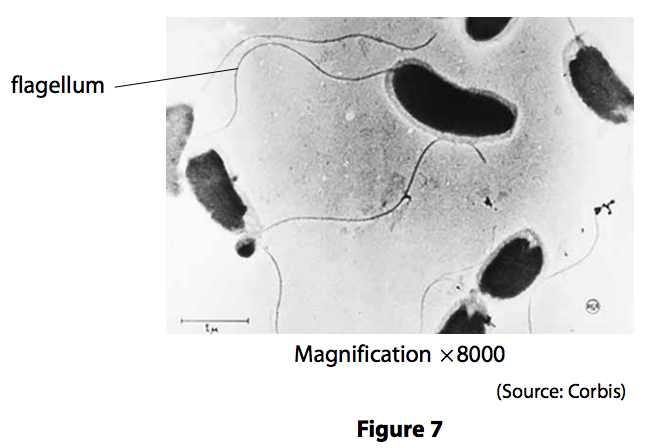 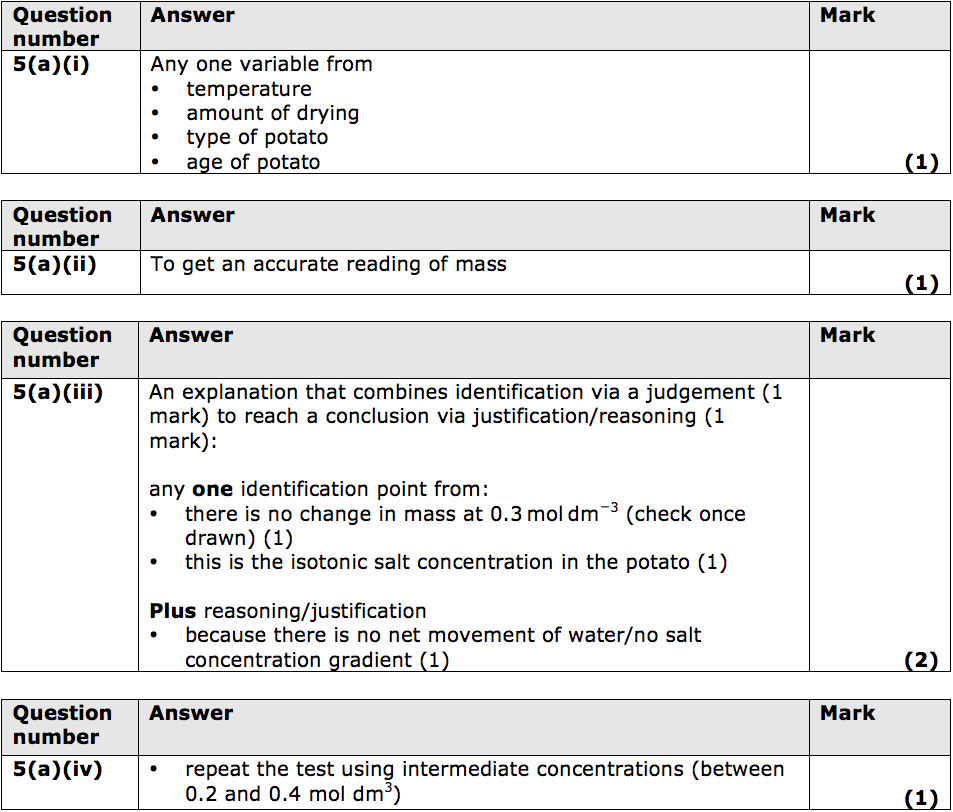