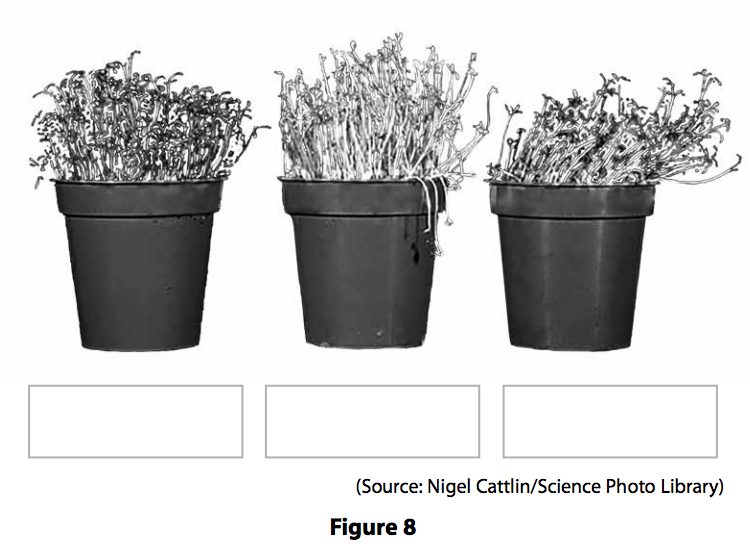 ​(ii) What is the response shown by the cress seedlings in Pot A? (1) 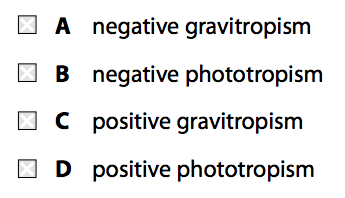 (iii) State the plant hormone that causes the cress seedlings to grow towards the light. (1)

(b) The student wanted to find out where the hormone that caused the response to directional light was found.
The student had two growing plant shoots and placed them both in a window with light coming from one direction.
Describe a method the student could use to show that the hormone was found in the tip of the plant shoot. (2)

​(c) Figure 9 shows a cross section through a pine leaf.

​(i) Explain why the waxy cuticle is important for this pine leaf. (2)

​(ii) The transport vessels are labelled on Figure 9. Which row of the table is correct for the movement of sucrose through the plant? (1)