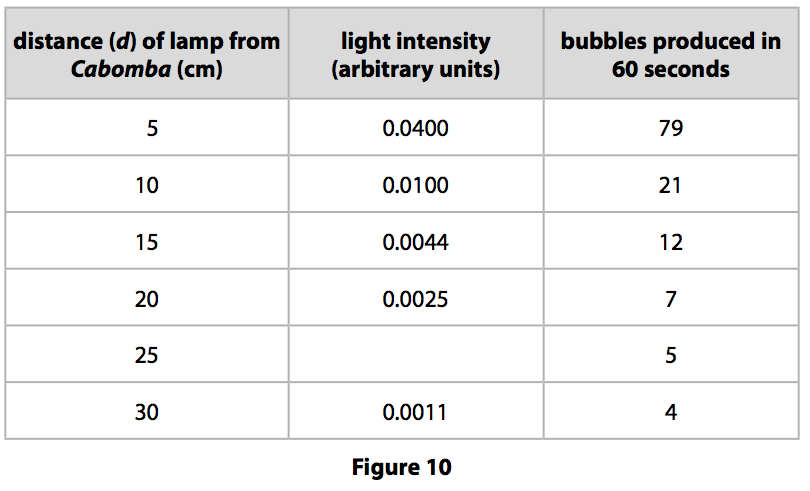 (iv) The scientist counted the number of bubbles produced by the Cabomba plant.
​Another scientist stated that this was not the best method of measuring the volume of gas produced. Explain how you could improve the method to measure the volume of gas released more accurately. (2)

​(b) Explain what would happen to the levels of gas produced if the light intensity decreased to 0.0001 arbitrary units. (2)