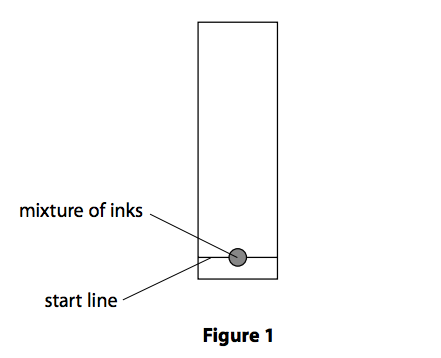 (i) Give a reason why the start line is drawn in pencil rather than in ink. (1) 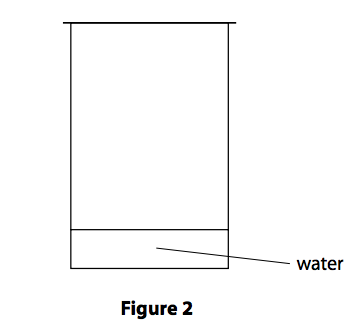 (iii) The chromatography was carried out and the result is shown in Figure 3. 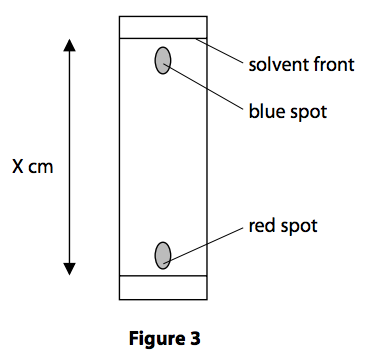 The blue spot had moved 14.5cm and the solvent front had moved 15.3cm. Calculate the Rf value of the substance in the blue spot, giving your answer to 2 significant figures.​ (2)

(b) P, Q, R and S are mixtures of food colourings. They are investigated using paper chromatography. Figure 4 shows the chromatogram at the end of the experiment. 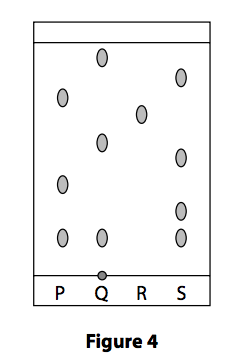 ​(i) Which mixture contains an insoluble food colouring? (1) 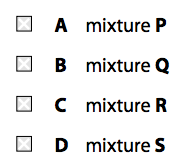 (ii) Give a change that could be made to the experiment to obtain an Rf value for the insoluble colouring. (1)

(iii) Explain, by referring to Figure 4, which mixture is separated into the greatest number of soluble food colourings by this chromatography experiment. (2)