1) There are many different types of waves.

(b) Figure 1 shows a ripple tank.
​This is used to study the behaviour of water waves. 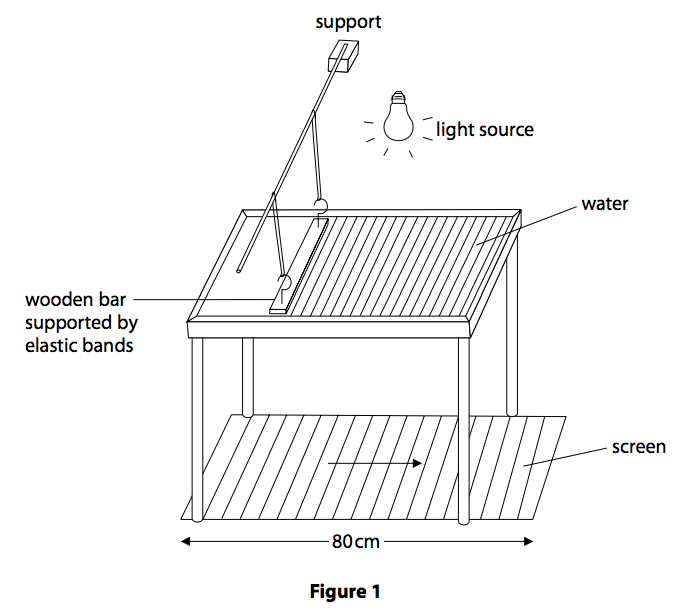 Water waves are produced in the tank.
The shadow of the waves is projected onto the screen below the tank.
The waves appear to move in the direction of the arrow.
(i) Describe how to determine the frequency of the waves. (2)

(ii) The screen is 80 cm long.
​What is the approximate wavelength of the waves as seen on the screen? (1)

(iii) A student uses the image to estimate the speed of the water wave as 75 cm/s.
​Which of these is a reason why the estimate is not correct? (1)