We work out profit by taking the costs away from sales. Therefore, the formula for working out percentage profit can be written as:

Now that we have both of these formulas, it is just a case of subbing the values that we are given in the question into their appropriate places. Let’s have a few examples!
Example 1
I purchase a bag for £8 and sell it for £11. What is my percentage profit?

I am going to work out the percentage profit by using the second formula and this formula is given below:

We are told in the question that my sales are £11 and my costs are £8; we sub these values into the formula.

I am going to work out the percentage profit by using the same formula as the previous question. This formula is given below:

The question tells us that the sales are £235 and the costs are £170; we sub these values into their appropriate places in the formula. 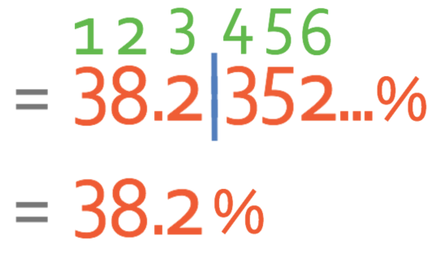