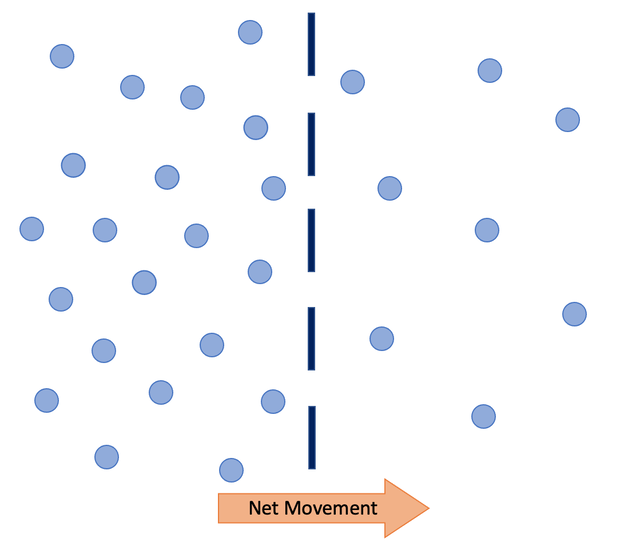 Diffusion only happens in gases and liquids because the particles are able to move in these states. Diffusion cannot happen in solids because in solids, the particles are in fixed positions and therefore cannot move.
Diffusion in Cells
There are many different substances that diffuse into or out of cells. An example of a substance that diffuses into cells is oxygen; I am going to use the example of a muscle cell. Oxygen is carried to all body cells through the bloodstream. The bloodstream will have a higher concentration of oxygen than the muscle cell. This means that the net movement of oxygen will be from the bloodstream (where oxygen is in high concentration) to the muscle cell (where oxygen is in low concentration). The muscle cell will use the oxygen for respiration reactions, which gives the cell energy.

​More information about the diffusion of oxygen and carbon dioxide into and out of cells can be found in the circulatory section.
Rate of Diffusion
The rate of diffusion depends on three main factors: