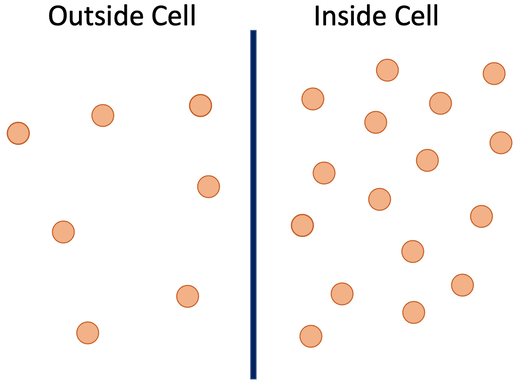 The cell is engaging in active transport; will the net movement of these particles be from left to right or from right to left?