2) Which component of blood is responsible for taking oxygen around the body?


3) Ventilation is the process of air/ gas coming into and out of the lungs.
a) Use the words below to write the order of what air passes through to get from outside the mouth to the alveoli in the lungs.
Words: bronchioles, trachea and bronchus
b) How many lungs do we have?
c)
i) What is the name for the muscles that are in between each of our ribs?
ii) What is the name of the muscle below the lungs?
d)
i) The lungs are surrounded by a pleural membrane; what does the pleural membrane ensure about the lungs?
ii) The pleural cavity is filled with pleural fluid; how does this pleural fluid help the lungs carry out their function?

​
5) The diagram below shows blood passing through a blood vessel next to an alveolus. The blood is travelling from the left to the right. 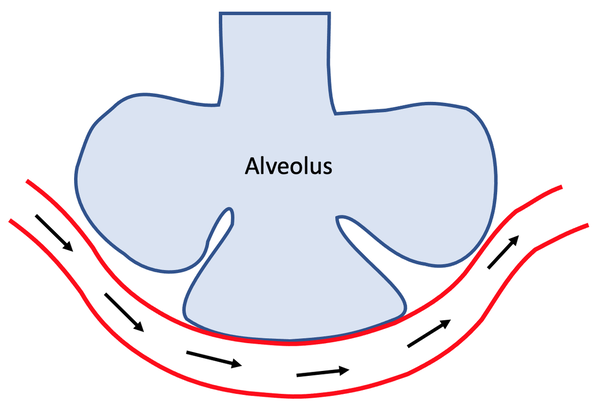 ​
6) The diagram below shows a blood vessel that is going past a muscle cell. The blood is travelling from the left to the right. 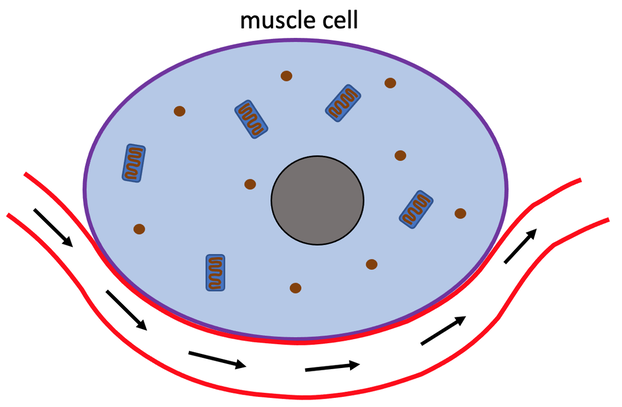