Back to B3 Home
B3 B) Communicable Diseases – Protists & Fungi
​There are 4 different types of communicable diseases; bacteria, viruses, protists and fungi. We looked at bacteria and viruses in the previous section, and we will look at protists and fungi in this section.
3) Protists
Protists are eukaryotes and they are often single celled. There are many different types of protists and some of them are parasites. Parasites are organisms that live on or inside other organisms (known as the host). The parasite benefits from the host by taking nutrients without giving anything in return. Parasites are often transferred by a vector, which is an organism that is not affected by the protist, but passes the protist on. Malaria is an example of a protist.

We can reduce the spread of malaria in a few different ways, such as: 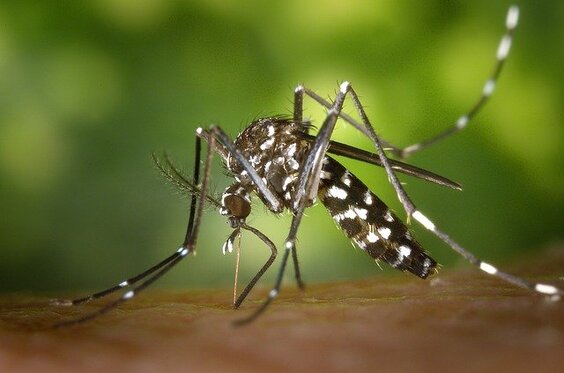 Rose Black Spot
Rose black spot is a fungus that causes the leaves of rose plants to develop black or purple spots. The rest of the leaves with black or purple spots on turn yellow and may even drop off of the plant. This reduces the rose plant’s ability to photosynthesise, which means that the plant will not grow properly (photosynthesis mainly takes place in the leaves, so a reduction in the number of leaves will reduce the plant’s ability to photosynthesis; photosynthesis is the reaction of carbon dioxide and water to produce glucose and oxygen). The reduction in photosynthesis for a rose can even result in the rose plant dying. Rose black spot can be spread through water, the wind or by direct contact from gardeners. We can treat plants that have rose black spot by using fungicides and removing infected leaves (we also destroy the infected leaves so that other plants do not get infected). 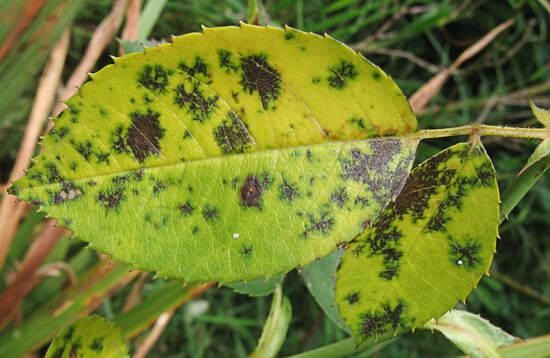