Back to B4 Home
​B4 H) Effects of Exercising
When we are resting or engaging in leisurely exercise (walking), our body is able to supply enough oxygen to the muscle cells, which means that the muscle cells can undertake aerobic respiration (glucose reacting with oxygen to produce carbon dioxide and water).

The bar chart for the effect that exercise has on breathing rate (count rate) is shown below. 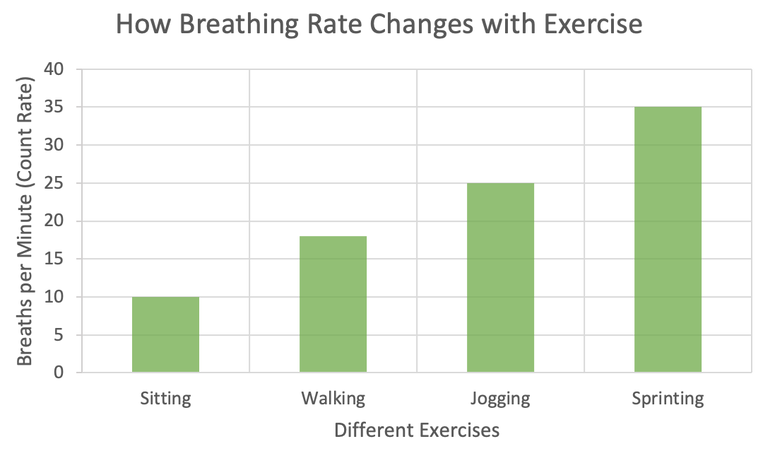 The bar chart for the effect that exercise has on heart rate is shown below. 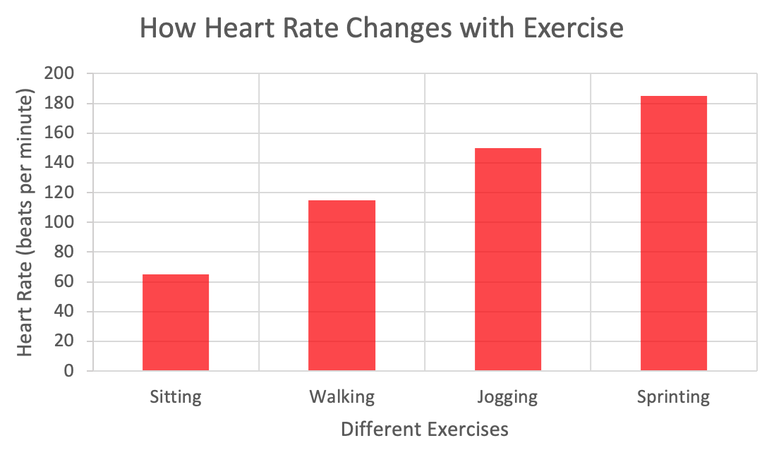 So, an increase in the intensity of exercise will increase both the heart rate and the breathing rate (count rate) of individuals.