5) A student monitors their heart rate before, during and after doing some exercise. Their results are shown below. 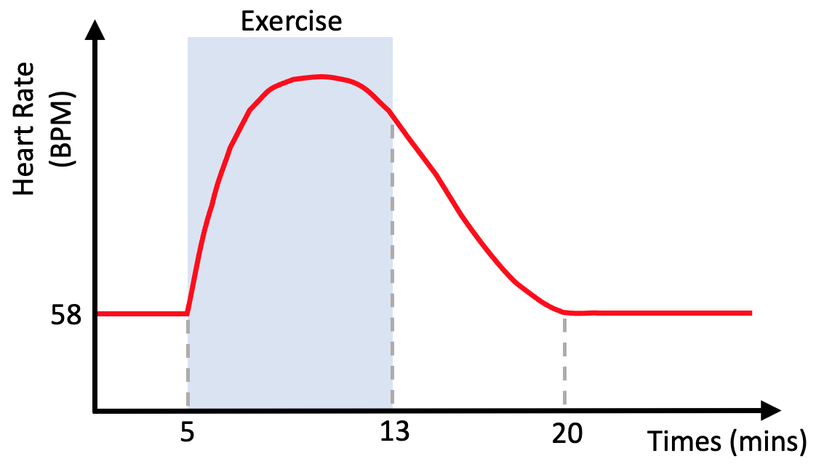