Back to B6 home
​B6 H) Variation & Mutations
Mutations
A mutation is a random change in an organism’s DNA/ genome (genome is the entire genetic material of an organism). A mutation alters a gene, which leads to a genetic variant (a different version of the same gene). Genes give the instructions for arranging the amino acids to make a protein. A mutation causing a different genetic variant for a gene will result in the amino acids being put together in a different order, which will lead to changes in the protein that the gene codes for.

Most of the genetic variants caused by mutations will have no effect on the phenotype (the phenotype is the physical characteristic that the individual displays). The protein that the mutated gene produces works just as well as the protein produced by the non-mutated gene.

Sometimes and very rarely, the genetic variant produced by the mutation has a huge effect on the phenotype. An example is the mutation that causes cystic fibrosis. The gene codes for a protein that produces mucus, sweat and digestive juices. The gene also controls the movement of salt and water in and out of cells. The mutated cystic fibrosis gene means that the protein produced does not work properly. This results in excess mucus that is thicker and stickier than normal mucus being produced in the lungs and the digestive system. This mucus makes it difficult for individuals with cystic fibrosis to breath and digest food. 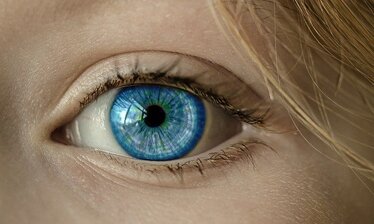 Genetic Factors
One of the reasons for the variation between individuals is due to differences in the genetic material that we contain. The entire genetic material of an organism is known as the genome and all humans have different genomes (except for identical twins or triplets etc.). All of the genetic information of organisms is stored as DNA in the nucleus of cells. DNA can be arranged in chromosomes and humans have 23 pairs of chromosomes (which is 46 chromosomes in total). A gene is a small section of DNA that determines a particular feature. Genes determine a particular feature because they tell the cell the order to put the amino acids in to make a protein, which leads to the development of that particular feature. Individuals have different genes, which means that they have different genomes, thus meaning that they have different genotypes and phenotypes. This is why hair colour, eye colour and facial features vary between individuals.

Environmental Factors
The second reason for variation between individuals in a population is environmental factors. For example, how much nutrients and food individuals eat will determine the development of individuals; if a baby does not receive sufficient nutrients when it is young, it will likely mean that the baby will not develop and grow correctly. Also, if a plant does not have access to light, plenty of carbon dioxide and nutrients, it will likely have stunted growth and maybe even some deficiency diseases.

Continuous variation is where the phenotype of individuals varies within a range and there are no categories. Examples of continuous variation are an individual’s height and mass. Both of these can take a wide range of values. For example, with height, you could be 165 cm, or 186.52 cm, or 192.76212 cm etc…. 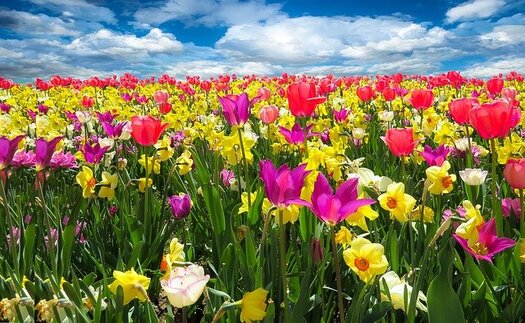