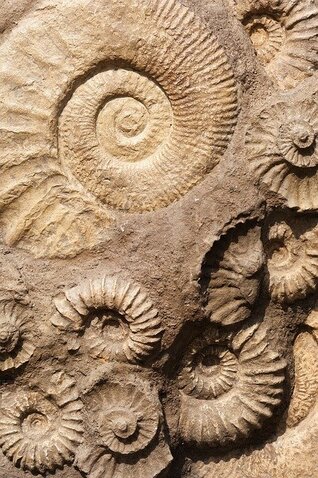 Fossils are the remains of organisms from millions of years ago. We can look at fossils to see how the structures of different organisms has changed over time. Fossils can be formed in 3 different ways:

Preservation fossils can be found in:

2) Replacement by Minerals
Certain hard parts of organisms do not decay quickly when they are buried; examples of these parts are teeth, bones and shells. When these parts do decay, they are replaced by minerals, which creates rock-like substances in the same shape as these hard parts of the organism. These rock-like substances are clear to see when the sediment surrounding the organism has also turned to rock.

3) Traces
Traces of organisms can be found when they are covered by sediment that later becomes rock. These traces can be footprints, burrows and rootlet traces (plant roots). Traces can be referred to as casts and impressions.
Fossil Evidence
Darwin’s theory of evolution stated that simple life forms gradually evolved to create more complex life forms. We can use fossils to see how much or how little different organisms have changed over time. Fossil evidence supports Darwin’s theory because we find fossils of simpler organisms in older rocks and fossils of more complex organisms in younger rocks.

However, we cannot use fossils to tell us how life started on earth. This is because there are some gaps in the fossil records because many of the early life forms were soft-bodied, which meant that they left few fossils behind. The fossils that were left behind were mainly destroyed by geological activities (earthquakes). This leads to an incomplete fossil record, which means that we cannot use fossils to conclusively say how life began on earth. 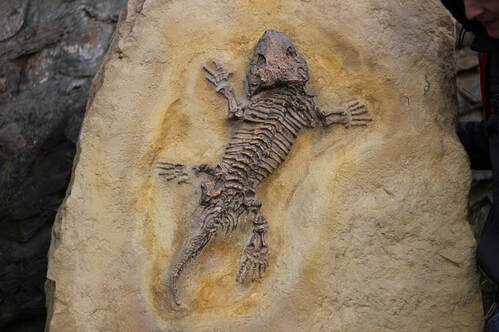 Extinction
Extinction occurs when there are no remaining individuals of a species still alive. An example of a species that is extinct is the dodo, which is a large flightless bird.
Species that are not well adapted to their environment are less likely to survive and reproduce, which can result in them becoming extinct. There are 5 main different reasons for extinction, which are:
Extinction of species has happened since life started on earth and it will continue to happen in the future. The main cause of extinction today is humans.

One reason is because humans are over hunting some species for either food or resources (ivory in tusks); this has led to a rapid reduction in the populations of a lot of species, which has made some species endangered (at risk of becoming extinct).

Also, habitat loss (to make room for cities, farmland or for resources) has meant that some species have fewer places to live and are therefore more likely to become extinct.

Another reason for extinction today is pollution. This pollution can include acid rain, oil spills, plastic pollution and many more types of pollution.