Back to B7 Home
​B7: Quiz 5 – Answers
​1)
a) Extremophiles
b) High temperature or high pressure
c) Any two from geothermal pools, very salty lakes, polar regions, deep ocean beds and the tops of mountains

5)
a) Functional
b) By hibernating, the animals are lowering their metabolism, which conserves energy. This means that they do not have to hunt when food is scarcer (the winter)

2) Without looking at the later questions, what are the three different categories for ways that organisms can adapt to increase their chances of survival?

3) The image below is of a camel that lives in the desert. 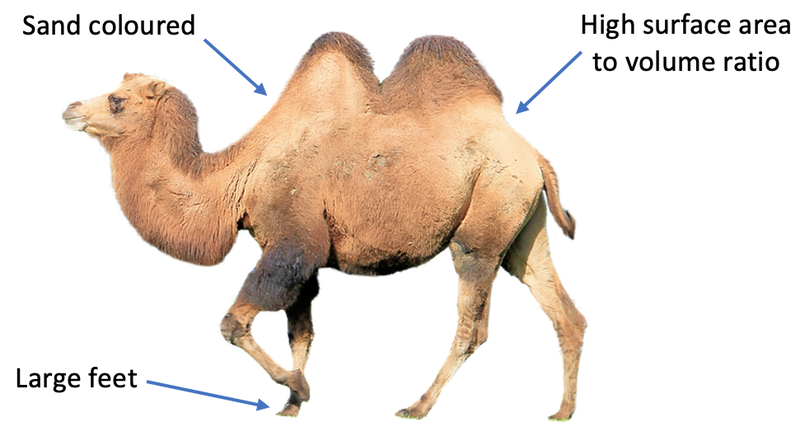 a) Explain how the structural adaptations on the labelled diagram above help the camel to live in the hot desert.
b) Camels produce urine that is very concentrated.
i) Why do they do this?
ii) Which of the three adaption categories does this adaptation fit into?

4) Give 2 different examples of changes in behaviour that can increase the chances of survival.

6) The picture below shows some of the adaptations for cacti. 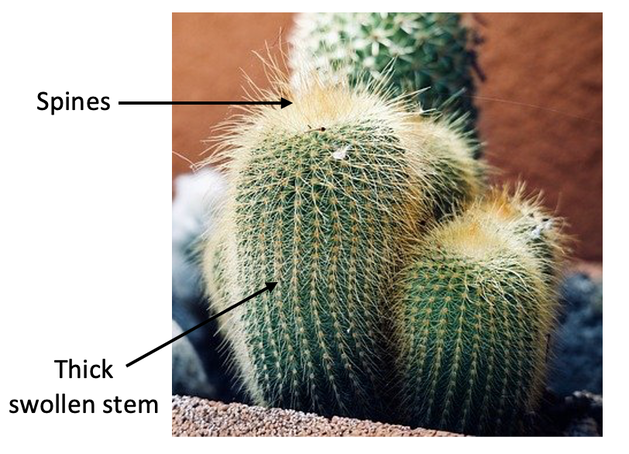 7) The picture below shows an artic fox. 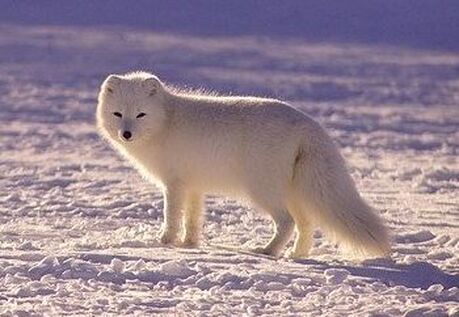