Back to C10 Home
​C10 E) Waste Water Treatment
Sewage is wet waste from homes and industry. Developed nations tend to have two sewage networks; one is for dealing with household wet waste and the other is for dealing with industrial wet waste. There are two sewage systems because the type of wet waste that is produced by households and industry is different. Household sewage is any water that goes down the drain; it will come from the showers, toilets, sinks when we wash up or wash our hands etc…. Household sewage will contain waste water, urine & faeces and chemicals from soaps & detergents (may be organic or inorganic, and soluble or insoluble chemicals). Industrial sewage tends to contain more chemicals than household sewage. Industrial sewage includes waste water from agriculture, which can contain high quantities of nutrient from fields because of the fertilisers that are sprayed on fields and slurry from farm animals (slurry is a mixture of manure and water).

Domestic sewage and industrial sewage must be treated before it enters the waterways (such as a river or the sea). This is so that organic matter, chemicals and harmful pathogens do not enter the water ways where they may potentially kill organisms and interfere/ destroy an ecosystem. 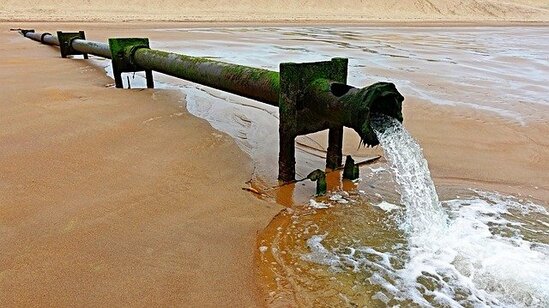 Treating Sewage
There are a few different methods of treating sewage to make it safe to release into water ways. Here is one of the processes used to treat household sewage.

The sewage is first passed through a screen which removes grit and large objects like twigs and rubbish (like plastic bags or crisp packets).

The sludge passes onto a separate tank that is sealed, which means that there will be very little or no oxygen present in the tank. The tank contains bacteria that breakdown the organic matter in the sludge. As there is no oxygen present in the tank, the bacteria break down the organic material by anaerobic digestion (digestion without oxygen being present). The breaking down of sludge by the bacteria produces methane gas (natural gas), which can be used as an energy source (e.g. the fuel used in a gas hob/ gas heating system in a home). After the sludge has been broken down, the remaining waste can be used as a fertiliser because it has very high concentrations of nutrient; the waste is sprayed onto crops in fields. 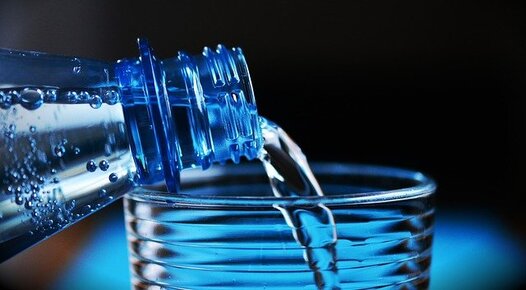