Back to C4 Home
C4 I) Extracting Metals – Carbon
Metals tend to react with oxygen to produce metal oxides. These metal oxides are found in rocks in the ground that are known as ores – an ore is a rock that contains metal compounds in sufficient quantities to make it worthwhile extracting the metal. 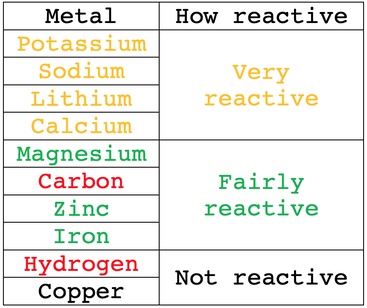 Carbon and hydrogen are not metals, but they are also included in the reactivity series. 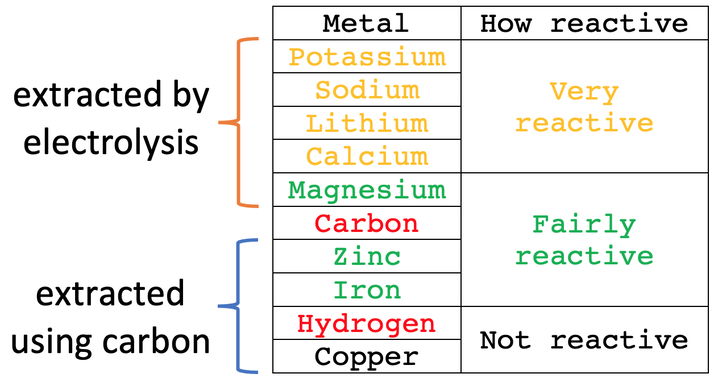 ​In this section, we are going to look at the extraction of metals from their ores by using carbon. We will look at electrolysis in the next couple of sections.
Zinc Oxide
Zinc is less reactive than carbon, which means that zinc can be extracted from zinc oxide by using carbon. When zinc oxide and carbon react, the more reactive carbon takes the oxygen off of the less reactive zinc. This results in the products of the reaction being pure zinc and carbon dioxide. The word and chemical equations for this reaction are shown below.

We have now successfully extracted zinc from zinc oxide. 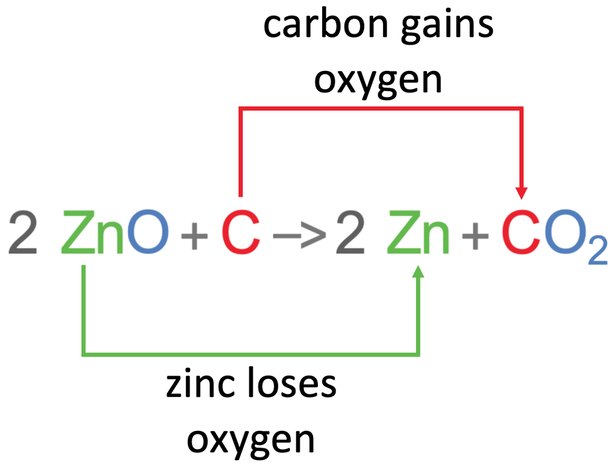 ​The metal that we are extracting is always the substance that is reduced as it loses oxygen, and the carbon is always oxidised as it gains oxygen. As the metal that we are extracting is reduced, we can modify our reactivity series table and say that metals that are less reactive than carbon are “extracted by reduction using carbon”. I have added this modification to the reactivity series. 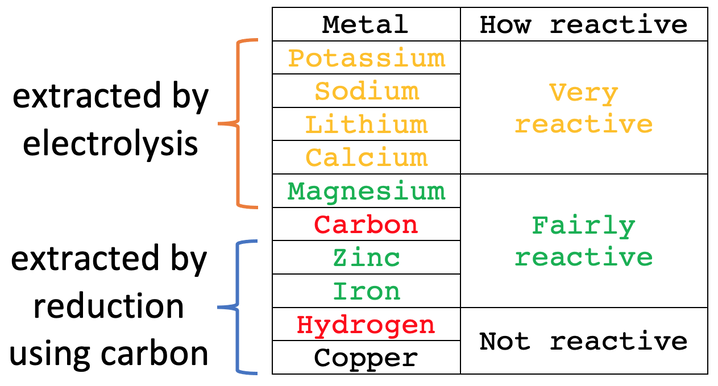 We are now going to have a look at the extraction of iron (III) oxide which is Fe2O3. According to the reactivity series, iron is less reactive than carbon. This means that iron can be extracted from iron (III) oxide by reduction using carbon. The word and chemical equations for this reaction are shown below. 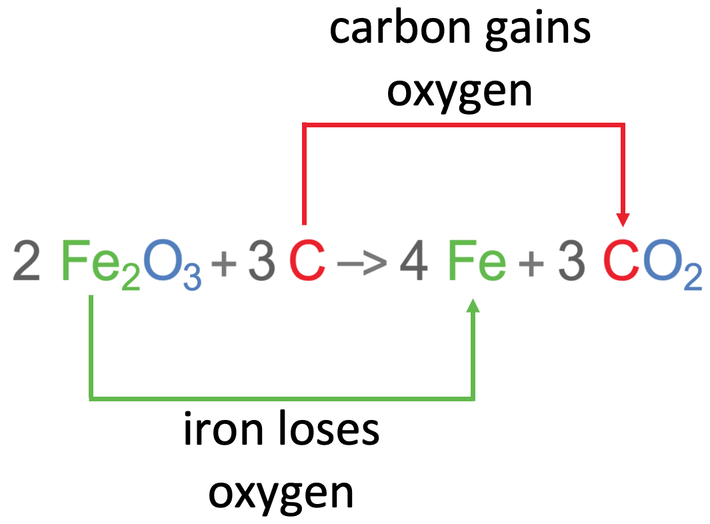 This follows the rule because the metal that was being extracted was reduced – the iron was reduced as it lost oxygen. And the carbon was oxidised as it gained oxygen.