Back to C7 Home
​C7 C) Fractional Distillation
Crude Oil
Crude oil is a fossil fuel. It was formed from dead plants and animals (mainly plankton) that were buried in mud millions of years ago. Over millions of years, a high temperature and pressure has caused the remains of the dead plants and animals to turn into crude oil. We can extract crude oil from the ground and use it for a variety of different uses.

Crude oil is used in transportation (cars, trains, boats etc.), in the house (in a boiler and gas cooking hobs) and is used to create plastics and chemicals (such as polymers, lubricants, detergents and solvents). 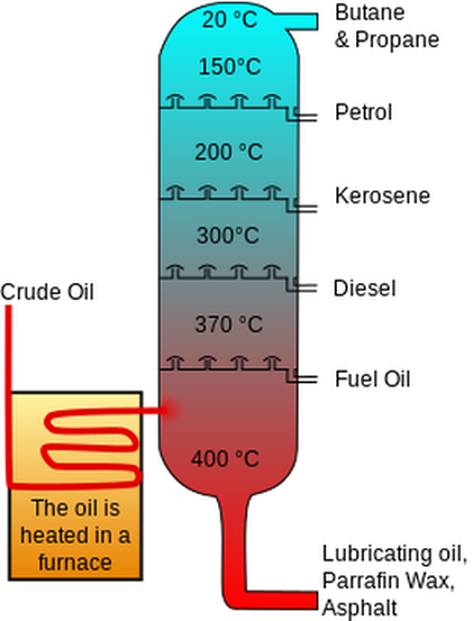 In fractional distillation, crude oil is heated up to around 350°C before it is pumped into the column. The column is the hottest at the bottom and the coolest at the top. Most of the hydrocarbons in the heated crude oil will be gases, which means that they rise up the column. The really long hydrocarbons (such a bitumen) have a higher boiling point than the temperature that they are heated up to, which means that they remain as a liquid at the bottom of the column. 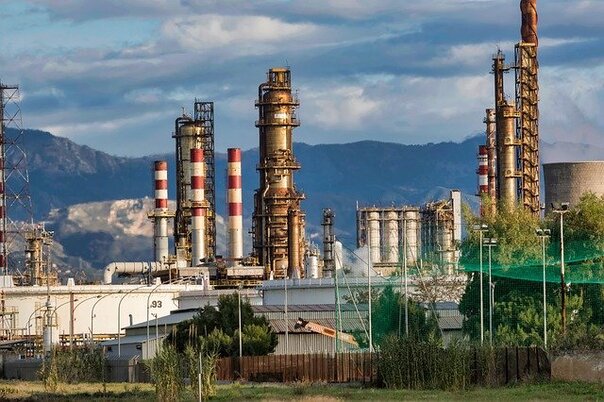