We can measure the rate of reaction by using either of the following formulas: 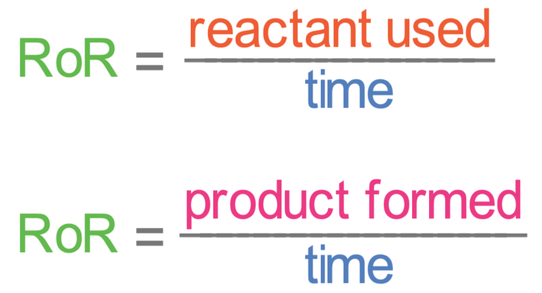 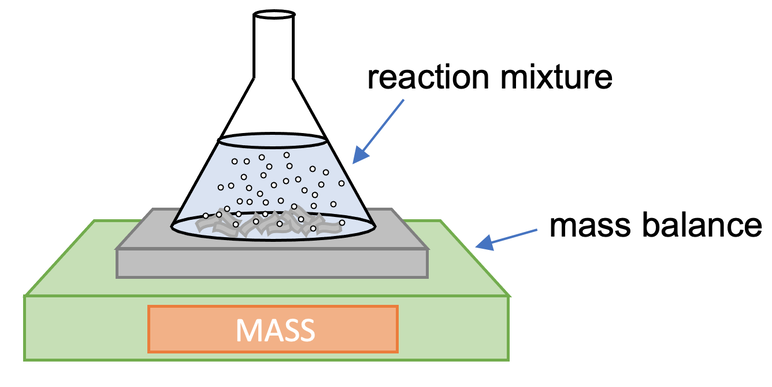 We place our conical flask that contains the reactants on a mass balance. We then monitor how the mass changes over time; we would take readings from the mass balance every 15 seconds (or at some other regular interval). The gas that is produced by the reaction will bubble up to the surface and escape into the air in the room. This results in the mass of the conical flask decreasing over time.

A faster decrease in mass means that there is a greater rate of reaction. A slower decrease in mass means that there is a lower rate of reaction. A safety precaution for this experiment is to do with the fact that the gas that is produced by this reaction is released into the room. This is fine if the gas is harmless, but if the gas is harmful, the experiment must take place under a fume cupboard (the fume cupboard will take the harmful gases away, thus meaning that no harmful gases enter the room). 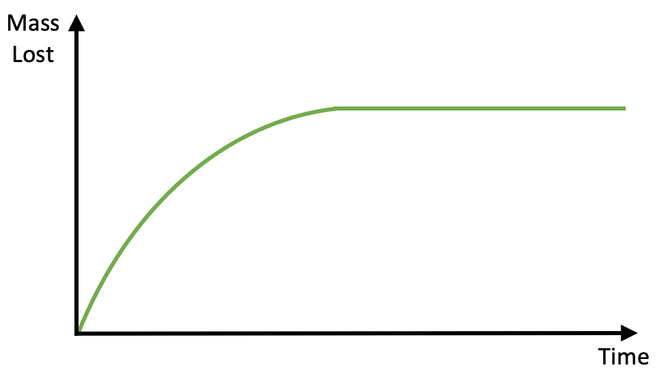 There are two different parts on the above graph; the curved part at the start and the flat part at the end.

At the start of the experiment, reactions are taking place and gas is being produced. This results in mass being lost, which is why the line is curved.

After a certain period of time, one of the reactants will be used up and the reactions will stop. When the reactions stop, no more gas is being produced, thus meaning that no more mass is being lost. This is the flat part of the curve. 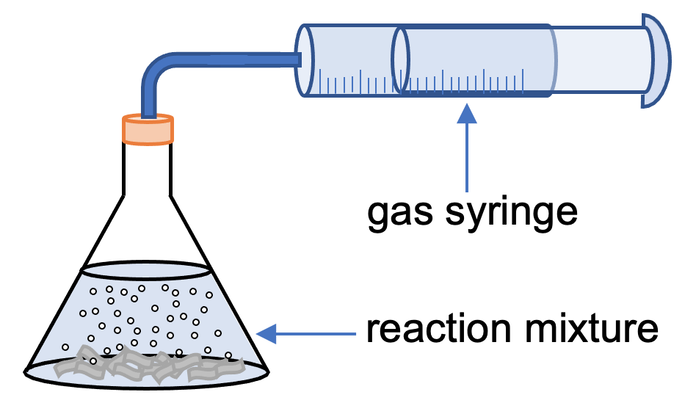 The gas that is given off from the reaction will cause the gas syringe to move. We then monitor how the volume of gas changes over time; we would take readings for the volume of gas every 15 seconds (in a similar way to the previous experiment).

When we are setting up the experiment, we need to choose an appropriate syringe. This is because if too much gas is produced too quickly, the end of the syringe may fire out, which could be rather dangerous. 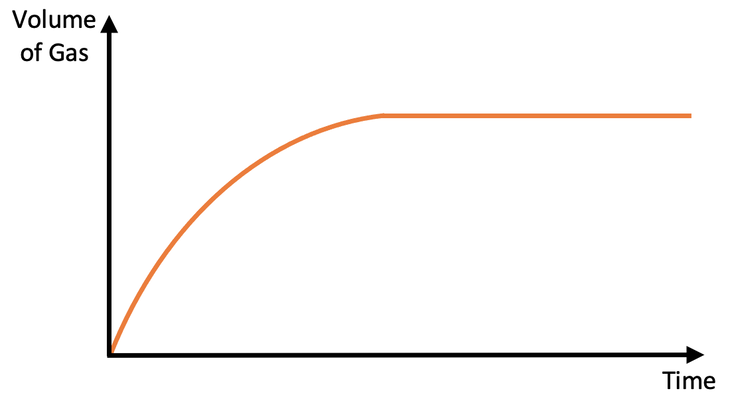 This method is fairly arbitrary because it is hard to have a consensus between people for when the cross disappears. Some individuals will say that they can still see the cross and other individuals will say that the cross has disappeared. This issue can be overcome by using the same individual to look down the conical flask and say when the cross has disappeared (this is for when you are undertaking a few experiments to see what effect a factor like temperature has on the rate of reaction).

We are unable to plot a rate of reaction graph for this reaction because we only take one reading (the time when the cross has disappeared) and not multiple readings like the other experiments.