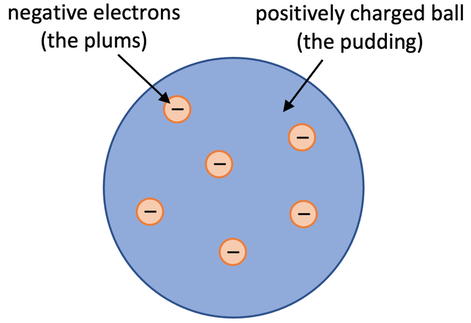 4)
a) Bohr’s nuclear model suggested that the electrons orbit the nucleus in shells. Each of the shells are a fixed distance from the positively charged nuclei of the atom
b) Scientists thought that in Rutherford’s model of the atom, the negative electrons that are in the cloud around the nucleus would be attracted to the positively charged nucleus because opposite charges attract. This would cause the atom to collapse. Therefore, Bohr and other scientists concluded that the model of the atom needed to be modified slightly

3) Ernest Rutherford and Marsden completed an experiment where they fired alpha particles at a sheet of gold foil.
a) What is an alpha particle?
b) What were the predictions of the outcome of the experiment according to the plum pudding model?
​c) What did Rutherford and Marsden observe when they completed their experiment?
d) Their observations went against the plum pudding model. How did Rutherford change the model of the atom to account for these observations?
e) How does Rutherford’s modifications to the model of the atom explain what they observed?

6) The current model that we use is the nuclear model. Fill in the table below for the charges, mass and found (location within the atom) for the three different subatomic particles.