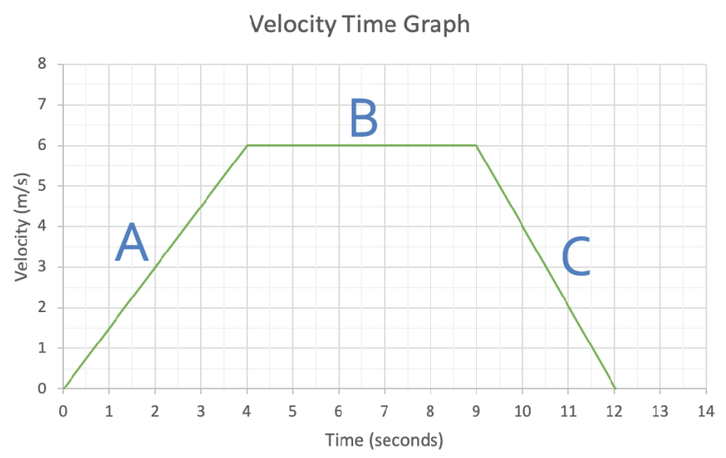 There are 3 different sections to this velocity time graphs.

Part B of the velocity time graph is flat. This means that the object is travelling at a constant velocity of 6 m/s. 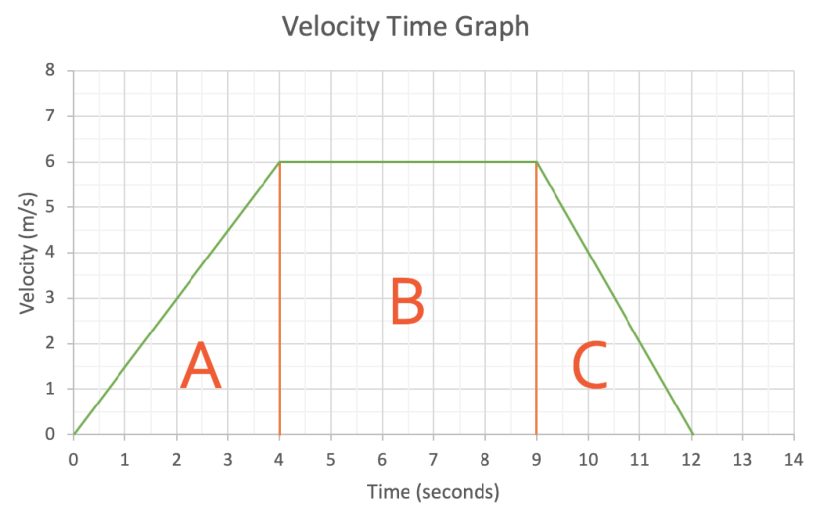 Part A is a triangle and we work out the area of a triangle using the formula:

The area of part A is 12 and this represents 12 metres.

Part B is a rectangle, so we multiply the length by the width. The formula is shown below: 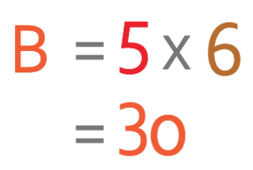 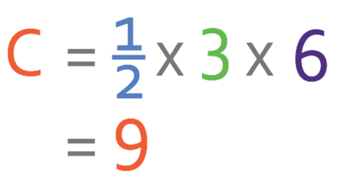 We work out the total distance travelled by adding the three different areas together.

The total distance travelled by the object is 51 m.

Using the Area of a Trapezium Formula
You may have noticed that the shape created by the velocity time graph line and the x-axis is a trapezium. We are able to work out the area of a trapezium by using the formula below:

h in the formula above is the height of the trapezium.

We now need to find the values for a, b and h from the velocity time graph, which is shown below. 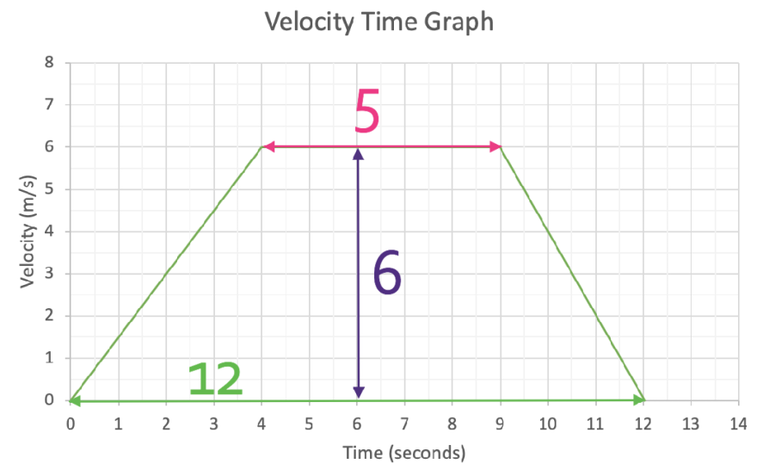 a for the trapezium above is 5, b is 12 and c is 6. We sub these values into the area of a trapezium formula: 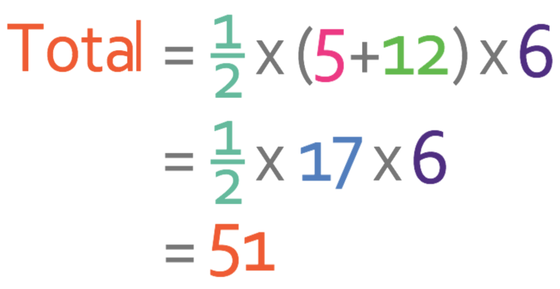 It does not matter which method you use to work out the distance travelled; give both methods a try and see which one you prefer.