Back to P6 Home
​P6 H) Electromagnetic Spectrum – Part 3
Microwaves
Microwaves are used by both satellites for communication and to heat up food (in a microwave oven). We will look at these seperately

Microwave Ovens
The microwaves used for communication in satellites are able to the pass through the water molecules in the atmosphere (the clouds and water vapour). 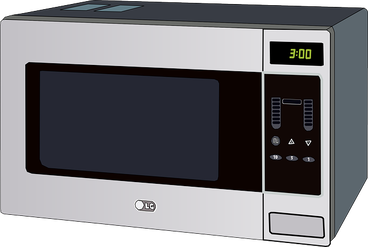 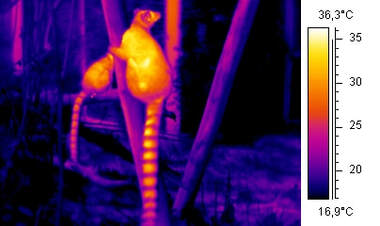 Fibre optic cables work because the visible light is always reflected within the glass fibre even when the fibre optic cable is bent; this is sometimes referred to as total internal reflection. There is a diagram of this taking place below.

​At the transmitting source (such as a data centre), the light is encoded with some data. The light with the data then travels down the fibre optic to a receiving end where the data is then decoded (such as a computer).

A fibre optic cable has a glass fibre in the centre where the light that is encoded with data travels down. The glass fibre has some glass cladding that protects the fibre and ensures that the light stays inside the glass fibre centre.

We use light to transmit the data because it is easy to refract so that it remains in the fibre optic. Also, the light does not easily scatter or get absorbed.
Ultraviolet
Ultraviolet light from the sun is what gives you a suntan. Excessive ultraviolet radiation can be dangerous as it can cause skin cancer, sunburn, premature aging of the skin (wrinkles, leathery skin etc) and even eye problems. Individuals may also try to get a suntan by going on tanning beds that have lights that give out UV radiation. Overexposure to UV radiation on these tanning beds can cause the same effects on the body (skin cancer, sunburn etc).

Some chemicals are fluorescent, which means that they absorb ultraviolet radiation and reemit it as visible light. This is why certain parts of our clothing, teeth and paints look very bright under ultraviolet light. 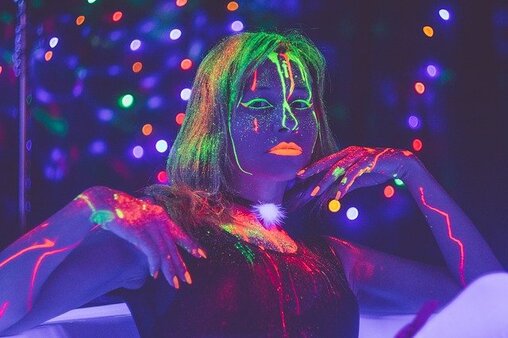 We can use security pens to identify property. For example, you may use a security pen to write your postcode or phone number on your bike. The writing from the security pen will not be visible under visible light, but will be visible under ultraviolet light as the fluorescent ink will absorb the UV waves and then remit it as visible light. So, if you lost your bike, the police could identify whether a bike being sold on the internet is or is not your bike by shinning a UV light where you have written your post code or phone number (it is definitely worth writing your phone number or post code on your bike).
X-Rays and Gamma Rays
X-rays are used in medical equipment to see internal structures of body parts. For an X-ray machine, X-rays are fired at an individual’s body part, such as an arm.  The X-rays are able to pass through flesh and are unable to pass through bones as they are denser. The X-rays that make it through the body mark a metal screen. This creates an image of the inside of the body like what is shown below. 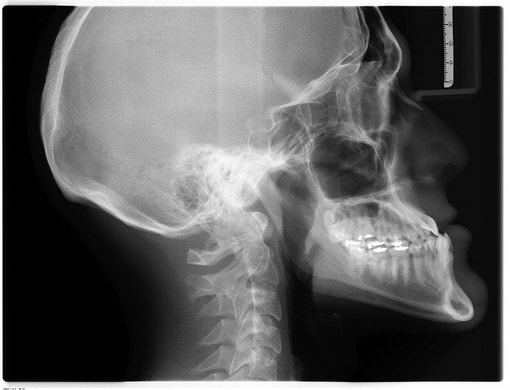 ​From the X-ray image, we can then see whether the bones look normal or if there are any breaks in the bones.

Gamma rays and X-rays are used to sterilise food and hospital equipment. This is because they kill any microorganisms that are living on the object that we are sterilising. 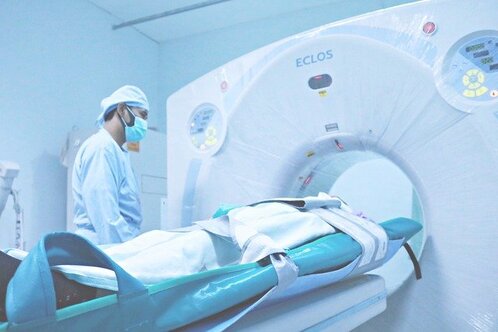