Back to P2 Home
P2 J) Electricity in the Home
There are two different ways that electricity can be supplied; AC and DC.

DC stands for direct current. The current in DC electricity always flows in the same direction around the circuit. Cells and batteries produce a direct current, which is caused by a direct potential difference. The voltage-time graph for a DC supply is shown below. 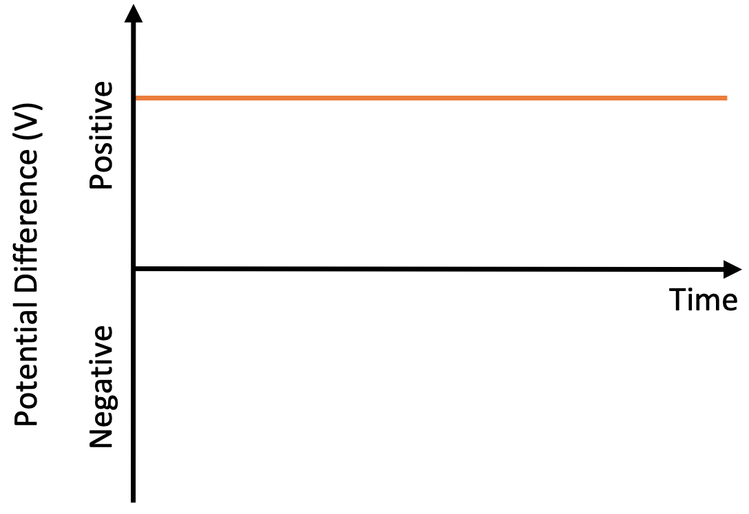 The line is a horizontal line because the direction and voltage of a DC supply will always be the same. 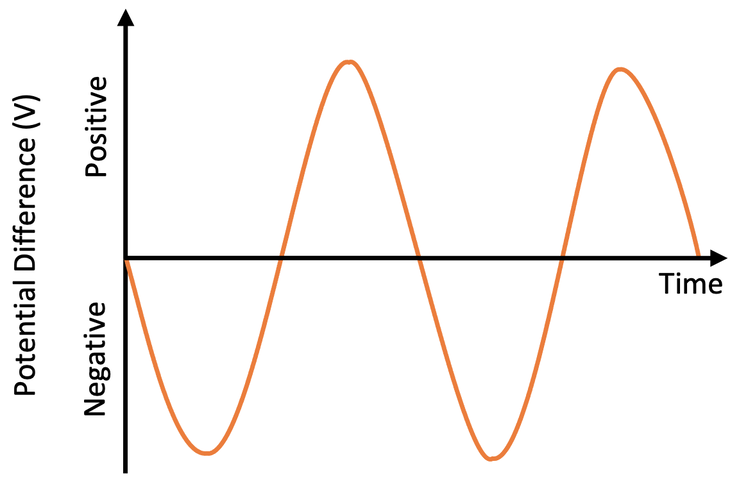 ​The voltage (and current) for an AC supply is constantly alternating between positive and negative. This is why the curve is constantly switching between a positive and negative value for voltage.
Plugs
In the UK, most electrical appliances are connected to the mains by a three-pin plug. The cable that runs into the plug contains three wires that have a copper core coated in flexible coloured plastic. The wires have a copper core because copper is a good conductor of electricity. The flexible coloured plastic around the copper core is there because plastic is a good electrical insulator. The colour of the three wires indicates the role of each of the wires. The colours of the wires are the same for every electrical appliance so that it is easy to tell what each of the wires does. The three wires are shown in a plug below. 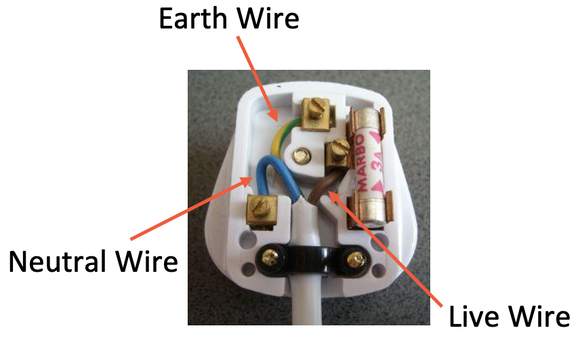 The roles of each of the three wires are:
We are now going to have a look at the structure of a plug in a bit more detail. Here is the diagram again with a few more labels. 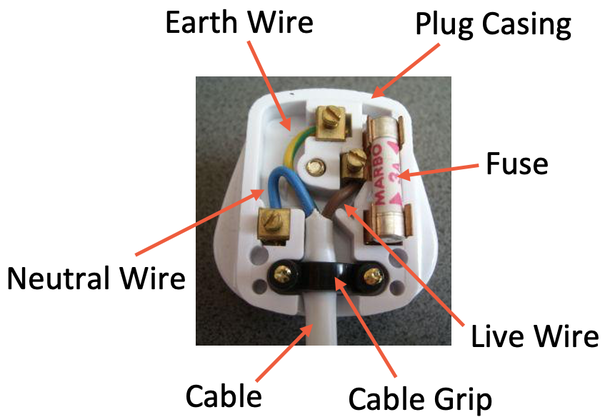