Back to P7 Home
P7 B) Circuit Symbols
Here are the circuit symbols for the components that you are required to know for the exam.

Here is some more information about the components.
We are now going to have a look at an example of drawing a basic circuit. When we are drawing circuits, we use straight lines to connect the different components; the straight line represent wiring. We also need to make sure that the circuit that we draw is closed (there are no gaps).
Example 1
I create a circuit using a cell, a resistor and a filament bulb. I connect all of the components in a single closed loop (in series). Draw a diagram for this circuit.

The question tells us that all of the components are connected in a single closed loop (in series). Therefore, we draw the three components and then connect them with straight continuous wire lines. The circuit is shown below. 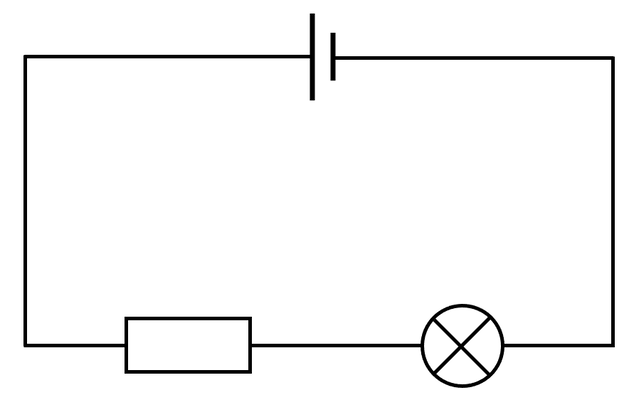