There are two ways to work out the inflation rate in the UK and they are the Retail Price Index (RPI) and the Consumers Price Index (CPI). The CPI is a weighted average on what consumers spend their money on. Over time, these weights change depending on consumer spending habits. If consumers spent more on food, then the weight for food would increase. Whereas the RPI is an arithmetic mean, meaning that all prices are included.
​

The UK government has given the Bank of England the aim of making inflation around 2% per annum. The Bank of England is an independent institution from the government and they control the monetary policy for the UK. If inflation is +/- 1 from the target then they have to write an open letter to the government explaining why inflation is away from target and what they expect inflation to be in the future. The Bank of England has to use pre-emptive policies to reach its target inflation, as there is usually a lag of around 18 to 24 months before the policy affects the economy. They have to predict the state of the global economy and predict what shocks the future may bring.
Sources of Inflation
We have two sources of inflation, cost-push and demand-pull.
Cost-Push Inflation
Cost-push is where there is an increase in a factor of production which firms use. An example would be oil. If there was a large increase in the oil price, production would become more expensive for firms. This causes the SRAS curve to shift to the left. There is now a new equilibrium whereby prices are higher than before (inflation) and there is less output being produced both for the classical and Keynesian view of the economy.  ​ 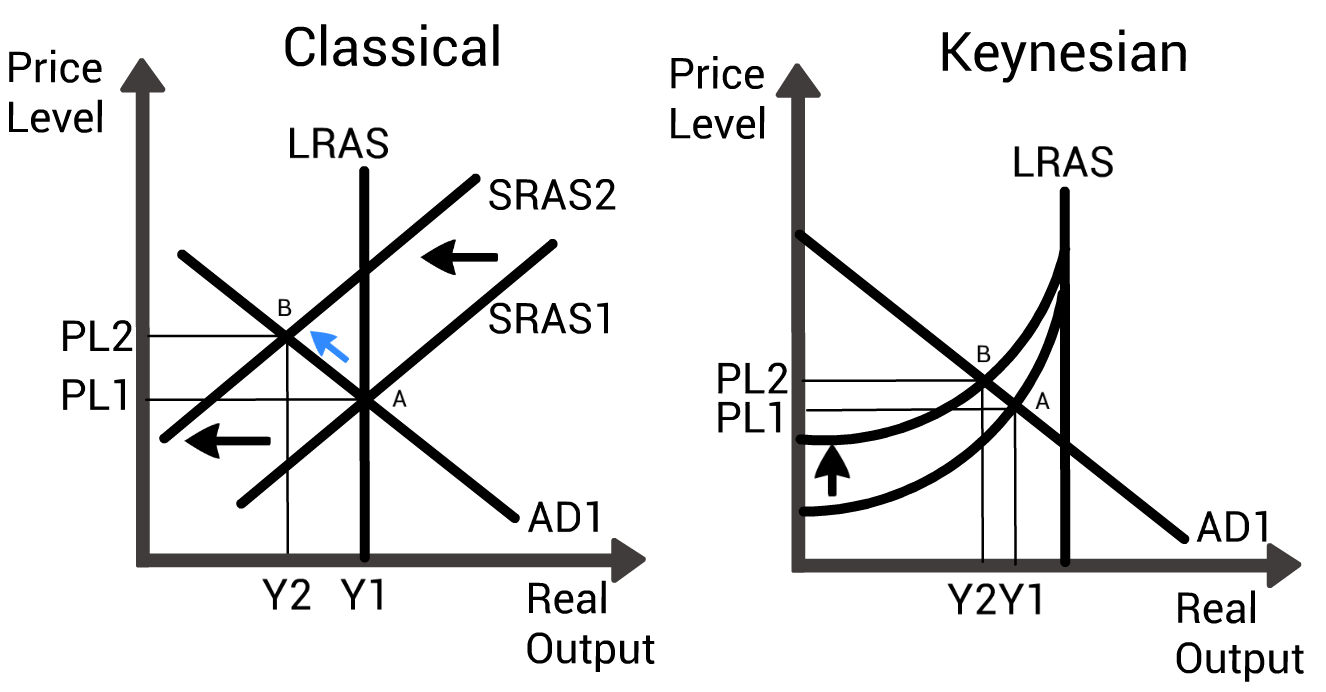 Cost push inflation explained through both the classical and Keynesian diagram.
There are a wide range of reasons for cost push inflation:
Demand-Pull Inflation
Demand-pull inflation occurs when increases in the level of aggregate demand lead to increased pressure on scarce resources. According to the classical view of the economy, this increase in the level of aggregate demand can result in a positive output gap in the short run, but in the long run output moves back to the long run rate and the price level is even higher. For the Keynes view the increase in aggregate demand increases output and also raises the price level. 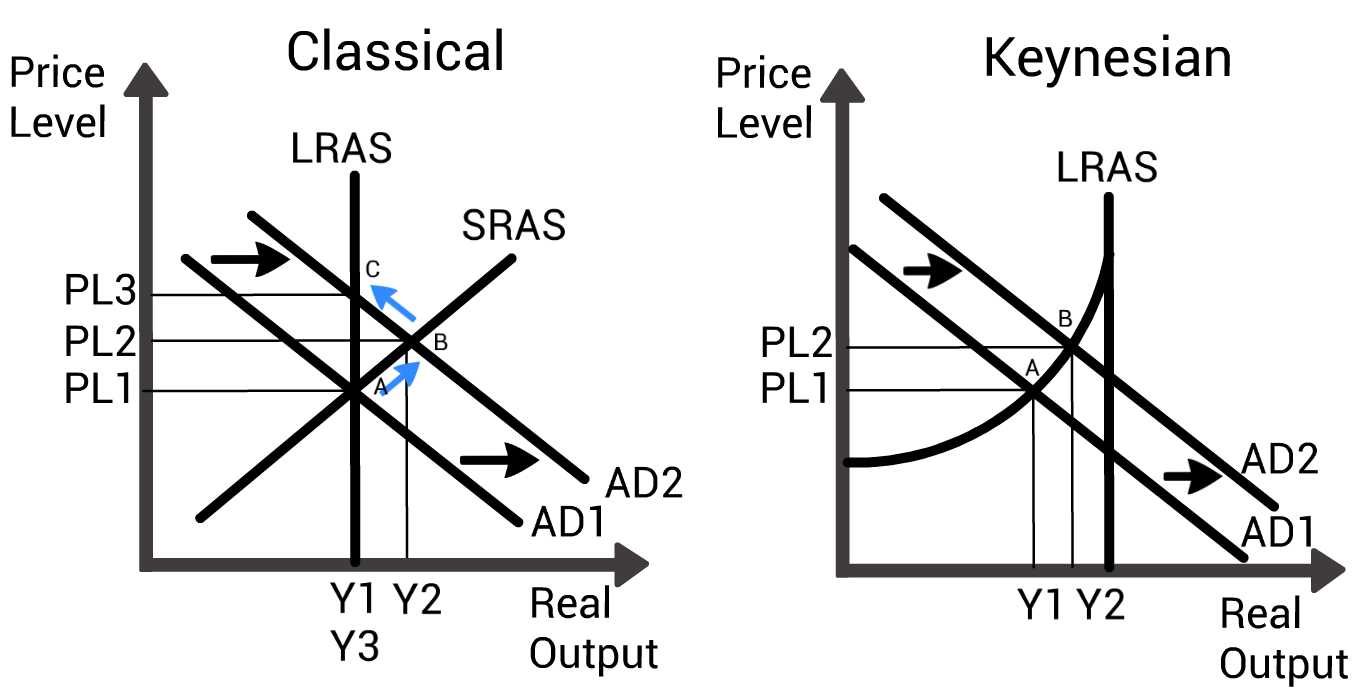 Demand pull inflation can be solve by increases in the productive capacity of the economy
There are many reasons for demand-pull inflation. Any positive effect on demand can cause inflation: